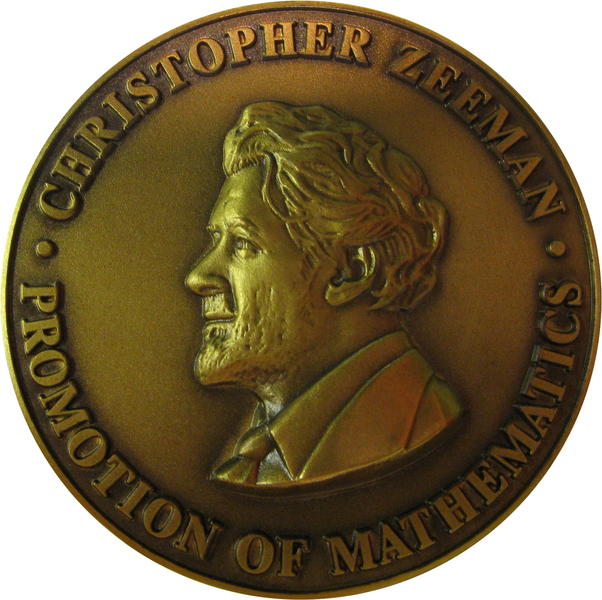 The Christopher Zeeman Medal has been created to recognise and acknowledge the contributions of mathematicians involved in promoting mathematics to the public and engaging with the public in mathematics in the UK, and demonstrate that such activities are valued by the societies and the mathematical community at large and are a part of a mathematician’s roles and responsibilities. At the request of the Councils of the IMA and the LMS, the medal has been named in honour of Professor Sir Christopher Zeeman FRS, who presented the first award.

In 1978, Sir Christopher became the first mathematician to deliver the Royal Institution’s Christmas Lectures, and his ‘Mathematics into Pictures’ series is now cited as an important influence to many young mathematicians. The Christopher Zeeman Medal is awarded jointly by the two societies every two years. Nominees should be mathematicians who have been actively involved in mathematics (including research, teaching and applications in any sector of employment).

Nominations for the 2020 award are now open. See details here. 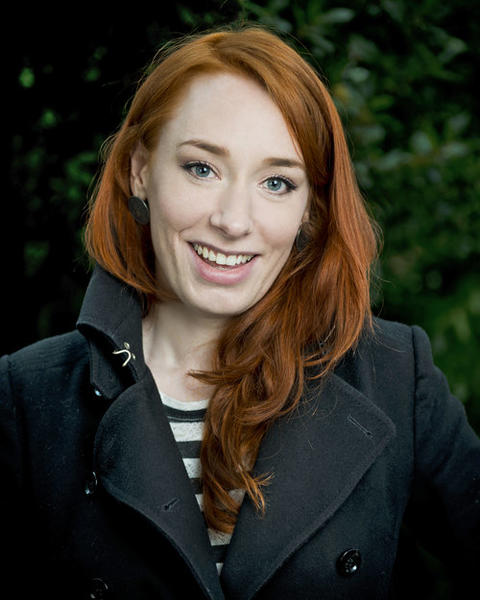 We are delighted to announce that the Councils of the IMA and LMS have awarded the Christopher Zeeman Medal in 2018 to Dr Hannah Fry of University College London, for her contributions to the public understanding of the mathematical sciences.

Hannah Fry is a Senior Lecturer in the mathematics of cities at UCL and an honorary lecturer in the UCL Mathematics Department. She is actively involved in mathematical modelling of urban and social systems. Besides her mathematical research, she has a sustained and distinguished record of communicating mathematics to the public, with a huge portfolio of public engagement activities including books, videos, radio, TV, and public talks, which between them reach vast audiences.

Hannah Fry’s dedication in promoting mathematics to the widest possible public has not only done untold good for the subject, but has provided a powerful role model for mathematicians, most especially female ones, making mathematics feel more relevant, more humorous and most of all more human. Her spectacular success in an otherwise notoriously difficult endeavour may be ascribed to a unique and enviable set of characteristics.

A full citation can be found here.

The 2018 Zeeman Medal was awarded to Hannah at an awards ceremony held on 5th March 2019. Read Professor Paul Glaister's report on the event here.

Due to the decision by the BMC-BAMC organisers to postpone the 2020 event in light of the coronavirus outbreak, we regret that this LMS Society Meeting will no longer take place.
Meeting details