Reports on It All Adds Up

The first day, Tuesday 14th April, wass for for mathematically inclined girls in Years 9, 10 and 11, while the second day,Wednesday 15th April, wass for girls in Years 12 and 13 who are studying A-level Further Mathematics or equivalent.  Each day featured inspiring talks by female mathematicians and workshops in which the students tackled stimulating mathematics themselves.  The students also had opportunities to chat to undergraduates and others about mathematical possibilities beyond school level.

Thursday 16th April - Friday 17th April was for mathematicians and mathematical scientists at all stages of their careers (undergraduate to professor).  There was a mix of lectures by invited speakers, panel discussions on a range of topics, contributed talks by early career researchers, and posters.

Support for It All Adds Up 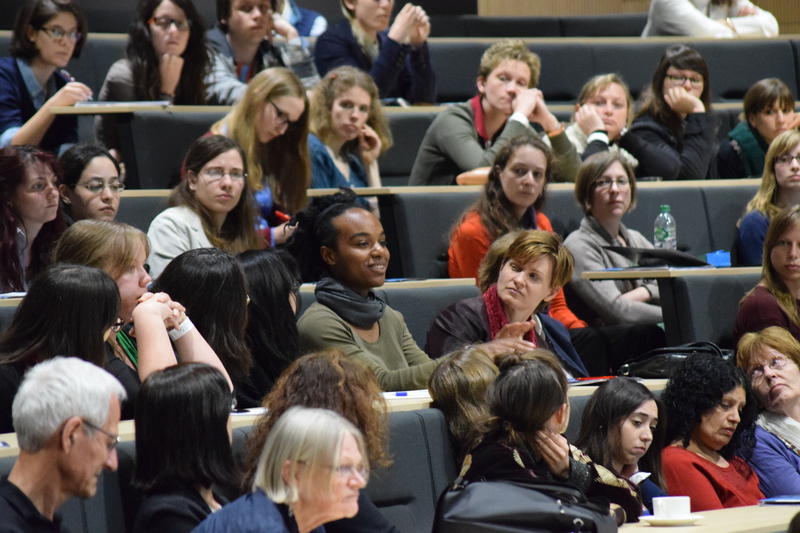