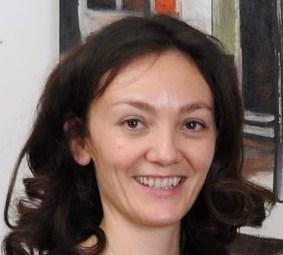 Since I was 11, I remember having been interested in mathematics, especially math puzzles. My math teacher at that time started to give us some fun math/logical puzzles to solve at home (like the three prisoners puzzle). If we got it right we could get some more. I actually found mathematics really fun to start with. Then as I progressed in my studies, I found it comforting: math is right or wrong when we learn it in high school and I had three amazing female math teachers that made me like it even more and made me feel comfortable and confident in learning mathematics.

I then moved to London where I started a career in financial mathematics (Statistical Arbitrage) at Goldman Sachs while I also completed an MSc in Statistics and a PhD in financial mathematics at the London School of Economics. The reason why I actually pursued a PhD was because I met with an inspiring professor that supported me all the way (a part time PhD while working full time was not always easy...). At that stage I simply found mathematics beautiful. For instance, I found that the way number theory can transport problems into other spaces to make them easier to solve was just almost magical! The versatile aspect of mathematics, the fact it can be applied to so many areas of our day to day life make it really appealing to me.

However, mathematics and in particular financial mathematics remains a very masculine area. If the ratio male/female was pretty even at the business school I attended, for my master we were only 8 girls out of 88 students. And again, at the statistical school I went to, the male/female ratio was pretty even, but girls preferred largely a major in Sociology or Economics and I was one of the only women majoring in Statistics. Ever since I started to work in Finance I only had male managers and I still find it challenging to be a woman in such a male dominated world: at first men are often condescending and patronising and then when you prove you can stand up to them, some often consider (explicitly or implicitly) that when you speak up you are being aggressive or pushy or bossy, which is more rarely seen as a weakness than a strength when men are themselves concerned.

I had the great chance to meet with a fantastic mentor early in my career who gave me the opportunity to become a partner in a start-up hedge fund almost 4 years ago. I would not qualify my career path as exceptional or even particularly successful. I am indebted to many great mentors (be them my family/ close friends/ teachers/ professors or professional mentors). However that is probably what differentiate most men and women in my area: women tend to acknowledge more openly the help and support they receive from others. And to me that is the case for all success story: hard work is compulsory but not sufficient: we all need mentoring and directions from others!