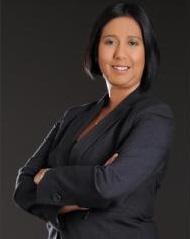 On the 8th February 2017 I was awarded the Distinguished Toastmaster (DTM) recognition. In 2016 I was also nominated and awarded the District Director award for outstanding leadership and services to District 91 for 2015-2016. In September 2016 I received the Triple Crown award by Toastmasters International for outstanding personal leadership development during 2015-2016; these three awards being the culmination of a six-year journey of discovery that began when I joined the Women in Banking and Finance (WIBF) network in 2011.
I joined the WIBF Speakers-City club, as soon as I saw it advertised by WIBF. After my first meeting, I did not hesitate to sign up and become a member. I wanted to improve my communication skills so I could be heard and I wanted to learn leadership skills because I wanted to be a leader. The WIBF Speakers-City Club was the place for me to get what I wanted.
The Toastmaster journey was the most enjoyable learning and development programme I had experienced. I had decided early on that this was a personal investment that I was going to commit to, so I set myself goals paced in such a way that I felt were pragmatic and realistic for me, wrapped around my other work and life commitments, and made every effort to prioritise my goals whenever faced with a choice between my Toastmaster commitments or something else.
I enjoyed it because it was up to me how much I committed to this programme. All my previous learning and development programmes had targets and a timeline that were set by someone else. From when I began my O-Levels (as they were back then) through to A-Levels, a Degree, a Master Degree, and a Professional Qualification; it was always someone else who had set what I had to accomplish and by when. Only in the Toastmaster journey, did I decide what I needed to accomplish and by when. The decision was all mine and I found it deeply liberating to learn and develop at a leisurely pace, which in turn made it so enjoyable.
Now that my Toastmaster journey is complete, I reflect on why I joined Toastmasters International and ask myself did I get what I wanted out of it? Yes, I did but perhaps not quite what I expected. I made a discovery. I discovered that I already had leadership qualities, we all have them, and all I needed to do was to nurture them and become comfortable with the natural leader that I am. We are all natural leaders but some of us are not comfortable with being a leader and many of us do not know what type of leader exists within us. This is often what gets in the way of being a natural leader. Knowing who you are and what you are capable of is how you start to become a leader.
I discovered there are two types of leaders; the trophy celebrity and the active campaigner. I thought I wanted to be a trophy celebrity, to collect the awards that recognised my achievements. Along the way, collecting the awards, I would often campaign for what was important to me and use my new-found confidence, improved leadership qualities and communication skills to campaign for BAME social mobility and promoting Girls in STEM careers.
Now I have received the awards and as deeply proud as I am of them, I realise what I am more proud about is my ability to actively campaign for what I believe in, which is a realisation of the type of leader I am. The Toastmaster journey has revealed to me who I am as a natural leader. I am an active campaigner. I have a voice that will be heard because I can now communicate articulately and with confidence. I can also lead confidently on the subjects that are close to my heart and actively campaign for them. Indeed, I have realised that my real journey has only just begun.